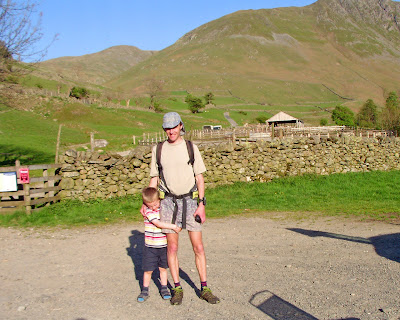 This was an attempt on the Nuttall tops above 2500 feet in the Lake District. Something similar was compled by Steve Parr in the 1980s, but surprisingly no-one had repeated the route since. Its actually a very good circuit of over 111 miles and 45000 feet. My first attempt was made solo in glorious, but ultimately too sunny, weather, and ended after 85 miles. The second was successful but very slow due to a repetitive strain injury which kicked in after only 20 miles and steadily got worse. The last few miles was almost a battle between completing and being hospitalised!

I've compared the challenges that I've completed in a table which you can download below:
Lakes and Wales
Scotland